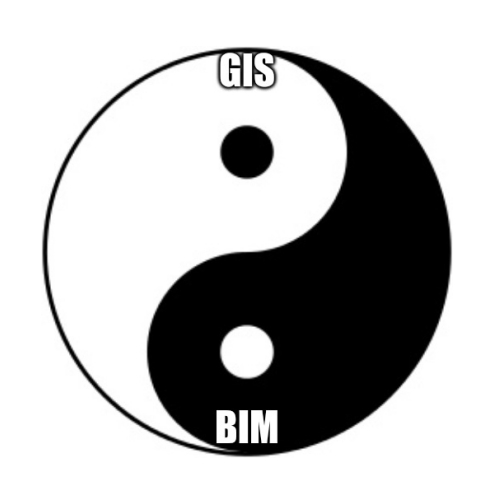 For most people, a visualization of what shall be understood is far better than just getting a verbal or oral explanation. This is especially true in connection with understanding matters connected with cities, large industrial complexes, or other land areas in which case it is necessary to have drawings, maps, plans diagrams etcetera available at the same time for good understanding.

But just collecting all the numerous documents on the table doesn’t solve a problem. This work consumed a lot of time and the persons getting the information had to be qualified to “read” the various drawings and maps. This urged for making the various pictures more readable and when it became possible to add aerial photography and space imagery to the other gathered information it was of good help. The next step in development was to find means for making the content of individual parts of the overall picture guaranteed to be relevant. IT specialists were step-by-step engaged in solving the matter and the modern way of dealing with the overall matter diverge dramatically from the situation 20-30 years ago.

Map specialists started to create so-called GIS systems (shortage of geographic information systems) and if we ignore some of the differences between large and small vendors they have developed, in fact, a unified approach being to use powerful DBMSs to store not only the usual attributive information but also spatial data. Fortunately, both proprietary DBMSs (here the "pioneer" was Oracle, but the others were not asleep), and freely distributed DBMSs (PostgreSQL with PostGIS) provided an opportunity to store spatial data by their own means. This immediately solved many problems with storing large volumes of spatial data and granting privileged access to them, indexing for quick search, and building analytical queries. Fans of “inventing the wheel” and doing it all in their own way, of course, resisted but were forced to give up except in those branches of knowledge, where clarity and transparency are not welcomed in any way (for example in the defense sphere). For everyone else, support for storing spatial data by their own means of the DBMS has become literally a must-have. And this "basification" turned out to be successful precisely because the spatial objects that can be found on the map can be represented in the form of several "atomic" types of objects with which the DBMS have confidently learned to work: point, line, polygon, and different approaches in the systems used. The DBMS developers also managed to level the geographic coordinate systems by introducing a standardized description (SRID - Spatial Reference ID) into the DBMS. After that, the construction of one or another GIS for a city, country, industry, created by various performers ceased to differ dramatically,

But with construction drawings, everything turned out to be much more complicated. The first movements “into digital” (computer-aided design, aka CAD) made users quite happy with the departure from routine drawing on the digital drawing board, but such a leap into “basification” and the well-known unification of approaches that had happened in GIS did not work in this case. Further, as the complexity of the designed objects increased rapidly the requirement for changing the 2-dimensional drawings into 3-dimensional models was more and more urgent. Additionally, the requirement also included multi-user access for the work of the design team, and even with the option of quickly assessing the correctness and consistency of the actions of individual participants in the design process.

The trouble with this process is that the "elementary particles" of the designed objects did not fit into the "atomic" objects supported by the DBMS, first of all, due to their close relationship with each other. Feel the difference: if a new gas pipeline appears on the map, then the nearby river bed or highway does not have to automatically change from this, but replacing the standard size of windows in the construction object should automatically cause the obligatory changes (the size of the opening in the wall changes, the way of installing the window may change, which can lead to a change in the strength characteristics of the wall, and so on) So, by definition, the components of a construction project are complex and hierarchical. As a result of this fundamental difference, instead of a logical, but unattainable "basification", separate closed AEC ecosystems started to grow, able to operate with such complex and intricately interconnected composite objects. They call it BIM.

But what to do if you still need to manage the entire territory of a city, region, country, large industrial complex etcetera, and which, by definition, is described by both spatial (cartographic) data and construction projects? How to combine GIS and BIM technologies?

There are, of course, insidious proposals from two well-known vendors who are successfully working in the fields of GIS and BIM (ESRI-Autodesk). Those companies claim that they have perfectly connected these technologies which no doubt is true except what is “defined as perfectly”. This compelling offer looks suspiciously like Ford's early ad stating that you can pick a car of any color, as long as it's black! What is not mentioned is the fact that what the two companies offer is strictly valid in combination with only ESRI software for GIS, and exclusively Autodesk for BIM. Without questioning the impressive achievements of each of the mentioned vendors, the demand is obvious for some freedom of choice and we consider it reasonable to avoid being rigidly tied to any GIS or BIM technologies.

So, with GIS, taking into account what is mentioned above, it would be better to use the principle of spatial data aggregation by accessing, directly or through standard web services, stored spatial data, no matter what GIS tool they are created by. This is now possible with the GIZMOre/cGIS platform.

And what concern of dealing with BIM technologies, due to the restrictions described above, we had to look for another approach and which we found by using the IFC exchange format guaranteed to be supported by any BIM vendor. Of course, it is inconvenient to use this cumbersome file directly, but if one can quickly "disassemble" it and put it into the DBMS instead of dealing with some proprietary BIM model, then finally it becomes possible to create a unified GIS-BIM information space that fully describes the entire territory. Moreover, the formation and constant updating of this single information space just happen with the help of a completely arbitrary set of GIS and BIM tools, familiar and convenient for the customer of such a project.

After having, in the above-described way, eliminated the boundaries between objects generated in GIS and BIM from various sources, it is now possible to add data from other information systems which can be connected with objects of a single GIS-BIM information space. For example, with an object, regardless of where it is located, (for example on the ground and described by geographical coordinates or positioned inside the actual building), you can associate all kinds of documents that are generated and stored from electronic document management systems. Those documents could be for instance service and repair plans from any ERP, contact info of the equipment suppliers such as medical equipment in a hospital, specification of machinery in a factory, and so on.

Adding to this all info gathered by the sensors and devices that generally form the "IoT - Internet of Things", Location Intelligence systems for vehicles and individual employees ("smart helmets" and bracelets to help), and we smoothly come to the concept of the “Digital twin” of the whole territory.

And when all this hard work is done, and a common information space has been created, it's time to use all the capabilities of BI systems, "data cubes", various showcases, and interactive dashboards which will give a quick help in the decision-making support. And machine learning algorithms will have a place to apply the power of neural networks to generate predictive analytics and effectively prevent incidents.

With this approach, which has been successfully implemented in the GIZMOre/cGIS aggregator platform, a unified GIS-BIM information space, coupled with ERP, BI, workflow, and Internet of Things, no doubt become a very efficient way for managing the most relevant info within the lifecycle of a territory. Combining automatically retrieved info from “open-source info” with selected info from own or external sources to be displayed and analyzed together will open up possibilities until now unknown.