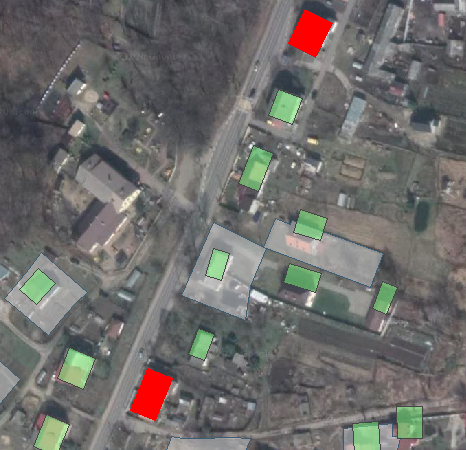 According to Russian Federation legislation, the state cadastral registration and state registration of rights to constructed buildings are carried out on the basis of a permit for commissioning the real estate and a land plot title document.

Since real estate may only be erected on a land plot specially allotted for such purposes, the developer must have a document on the allocation of the land plot for construction, a land plot lease agreement, or another document confirming the developer's right to erect a real estate on it within certain terms and following the type of the permitted use of the land plot. Thus, a real estate facility erected on a plot of land that has not undergone the relevant permissive procedures is a source of additional tax charges for the municipality.

A relevant task for increasing the level of tax payments collection is to identify unregistered and introduced into economic turnover, as well as the objects of real estate built without appropriate permits.

To effectively address the described problem it is necessary to regularly compare the data of the Unified State Register of Real Estate (USRN) on land plots and real estate objects with a dynamically updated database of actually existing real estate objects on the territory, obtained by automatic processing of remote sensing data using machine learning algorithms.

We have developed a method of detecting new and existing real estate objects that have not been properly registered with the Unified State Real Estate Object or have been built on a land plot with an inappropriate type of permitted use.

Input data for automatic detection of real estate objects based on the raster images were acquired from open information sources and are satellite images of part of the Kaliningrad Oblast territory. The images correspond to 1:1000 scale and have an approximate resolution of 0.3 m per pixel.

The raw data of the land registry was obtained using the service of the Public Cadastral Map of the Russian Federation (https://pkk.rosreestr.ru/).

On the basis of the available data is required:

The initial raster images were divided into fragments of 5000x5000 pixels in size and processed by a pre-trained algorithm for artificial object recognition. Since the algorithm takes 256x256 pixels as input data, it performed a linear walk with horizontal and vertical shifts while processing the input images. An additional stochastic pass over the image fragments was used to increase the accuracy of recognition of artificial objects. The output was a set of area vector objects interpreted as artificial constructions.

Several districts of the Kaliningrad region were chosen as a test sites for data processing.

After processing the raster data and getting the vector objects interpreted as real estate objects, they were compared to the land plots obtained using the service of the Public Cadastral Map of Russia.

The results of the comparison are shown below.

The red color indicates found constructions, which are not registered on the land plots of the Russian Federation Public Cadastral map. The green color indicates the data on the public map of the OpenStreetMap service. Land plots allocated for individual residential development (IHD) are marked in gray.


The number of found violations by test sites is given below.

The described approach is an effective means of increasing the collection of tax payments. Its application is the most efficient when using the unified information space which unites the municipal information resources, information from other state information systems (the Unified State Real Estate Register, the Federal Tax Service), and constantly updated remote sensing data.

The application of the developed methodology together with the cGIS platform-aggregator allowed the identification of 202 unauthorized objects on the territory of the municipal property land plots only within the borders of Bagrationovsky district of Kaliningrad region. The obtained data made it possible to identify 202 objects with signs of unauthorized constructions, of which 158 objects were recognized as unauthorized constructions to be dismantled, and for 44 objects the municipality took measures to compel the establishment of legal relations..