Aggregate it! Using the cGIS platform to solve the task of managing the territory of a municipality and region 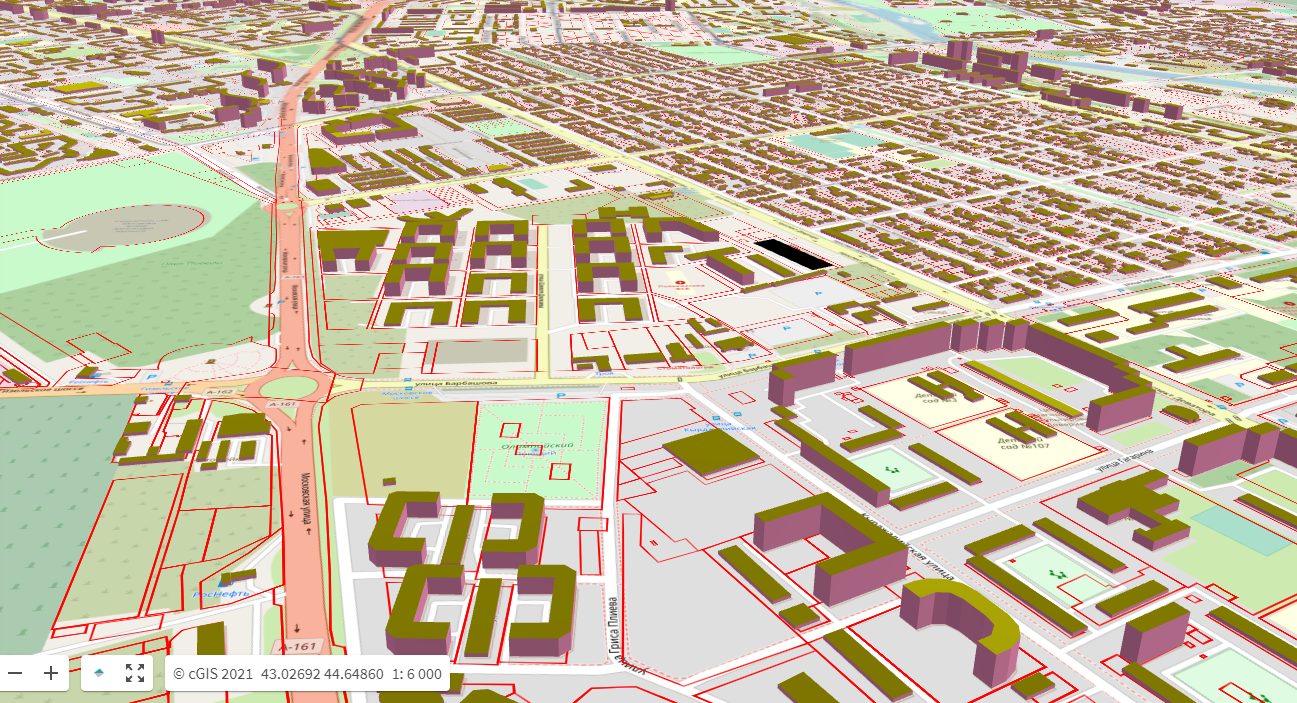 Effective territory management implies, above all, the ability to operate with relevant data describing various aspects of its functioning.

In practice one often encounters a situation where the data necessary to develop a complex management decision either "scattered" across different information systems of municipal, regional and federal levels, often duplicating or contradicting each other, or simply absent.

In this case, the public sector customer must also take into account what information systems at his level of competence must be created on a mandatory basis in accordance with applicable law.

The requirements to the composition and functionality of such systems change as the legislation improves, and the functionality itself can overlap or be described in the most general way, allowing the customer either "pause" in anticipation of clarifying documents, or try to "overload" some of the information systems included in the mandatory list with additional functions not quite inherent to them to support the development of complex management decisions at the level of a municipality or a region.

For example, the spatial planning system that is normally mandatory under the law must contain the urban planning documentation of different levels, while for its effective use it is necessary to be able to compare it with the current cartographic basis of different scales, engineering surveys and remote sensing data, from space photography to high-precision aerial photography and laser scanning of the area.

To work with the spatial planning system it is obviously necessary to have up-to-date federal land register data on land plots and construction objects where they must be timely ordered and received.

Here is how, using the example of the Stavropol Region Territory, using the cGIS platform we managed to create such a common information space quickly and efficiently and to create the spatial planning system and spatial data portal.

The initial situation in the implementation of the project, which started in 2020, was typical for most regions of the Russian Federation. More than 30 municipalities of the Stavropol Territory conducted their activities using different information systems or file storages.

The cGIS data aggregation platform made it possible for a local contractor to migrate data into a common information space in the shortest possible time, with subsequent re-engineering to ensure shared use. As a result about 600,000 spatial objects and about 450,000 related documents were transferred and put in order in the Stavropol Territory common information space and with the help of specially developed integration services all the data from existing branch information systems of the regional level were also integrated into the common information space. The total volume of data storage amounted to almost 2 TB.

Besides that the common information space of Stavropol Region included the data of the federal United Electronic Cartographic Base (UEKO) and OpenStreetMap.

By a separate request of the client, data about road accidents from the RF Open Data Portal was also integrated into the common information space.

The development of the spatial planning module was also done with the help of the Stavropol Region Territory developers, without any additional training, because the cGIS data aggregator platform supports the use of the CUBA framework.

After the stage of test operation and necessary managerial activities, the certification of the State Information System of Urban Planning Activities was completed; this system was transferred into commercial operation and over 250 employees from 33 municipal entities and 7 regional bodies of executive power were given the regulated access.

At the moment the open part of GISOGD and RPPD of Stavropol Region is available at https://gisogd.stavregion.ru

And the advanced functionality of the cGIS data aggregator platform allowing to include BIM-models and laser scanning data into the common information space will make it possible to fully implement these features in 2022.